My daughter wrote a letter to Santa with a wish list. It's all American Girl stuff, which she assures Santa is her favorite. She even starred the things she wants most.

Then she left her letter taped to my computer monitor.

Me thinks the child has finally figured something out.

At least I don't have to steal the letter from under her pillow anymore.
Posted by Tuna Girl at 10:41 AM 25 comments:

Hey, crazy! There are people out there with real problems. Now quit your bitchin' and go shave your legs.

And make a dentist appointment.

Like 99.9% of the people on the planet, I care too much about what others think of me.

I think that's why I'm so very shy. I know that first impressions are everything, and I dread having to make one at all. (We have talked about my fear of failure before, right?)

This fall I decided, shyness be damned, I was going to go out and do something I've been wanting to do for years. So I started taking piano lessons.

It's been going pretty well. I'm learning a great deal about myself, things I should have known a long, long time ago but that I've likely been ignoring in order to live with some illusion of coolness.

Lets' see. Like, for example, I'm a complete nut ball. I like to do things perfectly right from the beginning. I hate to not be the best at something. I think way too much. And...oh! My fingers like to stick out at odd angles like I'm forever clutching a tea cup before the queen.

Yesterday at my lesson, I was feeling strangely nervous. I don't know why. Possibly with our Nor'Easter, my husband being off work, the kids being off school, and my cleaning frenzy to prepare for our home concert, I didn't feel prepared for my lesson.

Now, my teacher is a very nice guy. He's primarily a jazz pianist, but he's the music director at his church too. (He inadvertently made me admit that I don't go to church last week. I wonder if he hates me now.)

He's never been anything but positive and constructive, yet I worry.

My husband tells me I'm nuts. He says that I pay for the time, it's mine to do with as I please. Cynic that he is, he says that my teacher really only wants to get paid. As long as my check clears, he doesn't care about anything else.

But I think my teacher likes me. We laugh a lot. He's got me playing music I have no business playing after only two months.

But yesterday, as I flexed my fingers to get ready to play, I had to stop and look at him.

"I can tell," he told me. "I'm the most laid back guy around! You don't need to be nervous. But let's warm up with some scales."

So then halfway through the lesson, when I finished up a song I thought I had done pretty well on, he remarked, "Yeah. It's hard to play when you're nervous."

He went on to tell me that the first time he met me he could tell that I was a really nervous person.

"I made a note to myself to be as calming and encouraging as I could," he told me.

Seriously? I'm a person that people have to treat with kid gloves? Seriously!

I made a great first impression. And now I won't believe anything positive that comes out of that man's mouth.

Here I was thinking that I'm all strong and courageous, and shy for sure, but gregarious and confident for all that.

Apparently I was wrong.

I feel like I should have just stayed home and never tried something new. I'm embarrassed. And while I sat before my teacher and felt my face flame with a hot blush, I was mortified.

This has affected me more than I like to admit. Probably because I'm such a weak, nervous Nelly.

I won't quit because we all know how bad I am at that, but I am starting to fantasize about the day the kids get out of school when I can tell him that I won't be able to take lessons over the summer because I don't have a sitter.

I've decided to start my own practice challenge. I have next week off because of Thanksgiving, so I am challenging myself to practice every single exercise and song, every day for two weeks. My plan is to be so comfortable with my music that I couldn't possibly be nervous.

There is nothing worse than people who reflect our true selves back at us. Illusions are so very comfortable. They don't make me nervous at all.
Posted by Tuna Girl at 7:42 PM 1 comment:

Have you ever wanted to have sex really bad? I mean really bad. Bad enough that you kept thinking about it at inopportune times? But, you were so bone-deep weary and tired that you just couldn't make it happen?

Yeah. That's how I feel about blogging right now.

I've had tons of things to talk about and keep composing posts in my head, but I just haven't had the time or energy.

I have been in a major nesting mode lately. My husband took a few days off of work and we finally, finally, finally got this house decorated. Or at least the ground floor of it, anyway.

I can't tell you how happy this makes me!

It's about time. We got a new chandelier to replace the 1990's brass monstrosity that we've been pretending isn't actually hanging in our faces for a year and a half. We replaced kitchen cabinet knobs and door knobs. We hung pictures and curtains.

This all makes me unaccountably joyful!

I guess I just needed an impetus.

A few months ago I volunteered to host a home concert for our teacher's violin studio. I did it purposefully knowing that it would finally push me to make the house presentable. I guess it worked.

As it turned out, we had to host two back-to-back concerts because our teacher has so many students this year.

I was nervous about the whole thing, but it was a blast. I even had fun moving out our furniture to set up the stage and chairs. Oh, and my piano was extremely happy to be played by the professional accompanist we hired. She was awesome.

The design of our house does lend itself well to a concert setting. I have a feeling will be hosting a few more concerts in the years to come.

Now, there. I did it. I blogged something.

Now if I can just get myself to seduce my husband (when he gets home from D.C. this weekend) I'll really be getting somewhere.

In the meantime, enjoy some pictures. 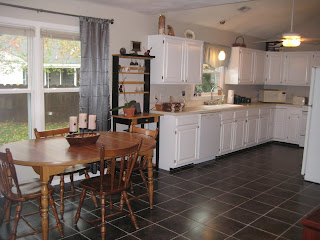 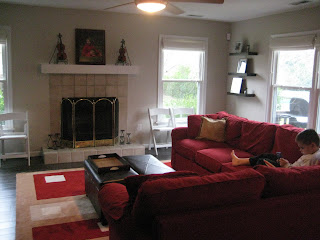 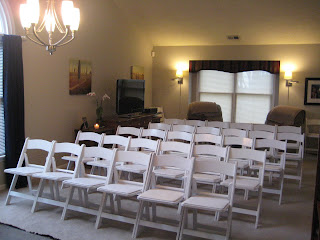 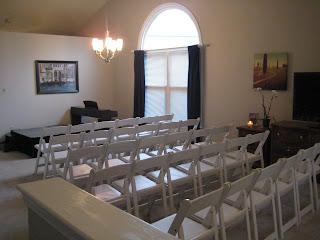 Last year I was bored and miserable.

And so I wished I hadn't moved.

But, hello! I live in a beautiful place with a way better quality of life.

So once I met my most important goal and got the kids accepted at their new school, I decided to take definitive steps to fill the rest of my life with interesting things.

I looked for a steady writing job. (Ha! What a joke. People expect you to give your writing away for the honor of being published.) When that didn't work out I considered going back to school and making a major career change.

And then I remembered how much I hate work.

And now I'm so overscheduled and busy it is ridiculous.

And I don't have the time to enjoy my beautiful new city. But I'm not bored anymore. And I'm not miserable.

"Rest if you must, but just don't quit."

Once I start something, I hate, hate, hate to quit. I've always been that way.

Unfortunately, it means that I sometimes end up staying in situations that aren't good for me (like crappy jobs) just because I am too prideful to quit.

It also mean that I will sometimes take years to start something I'd really like to try. I'm afraid that if I don't like it or it doesn't work out, I'll be stuck.

Because god forbid a quit.

That goes for everything from piano lessons to writing a book to decorating my damn house!

What if it is too hard? What if I fail? In my fucked up brain, I won't be able to live with myself.

That's why it took me years to try NaNoWriMo. And why it is now almost impossible for me to admit that it was bad timing. That I bit off more than I could chew in an incredibly busy month.

For now I'm going to do what generations of parents have done.

Hey, my kids aren't ever going to be pro athletes. Believe me. I have to live my dreams though them somehow.

(At least my piano lessons are going okay.)
Posted by Tuna Girl at 11:44 AM No comments: