Totally out of the blue my daughter announced to me, "I think the boy who sings Billionaire is cute."

What? Whose child is this?

"How do you know what he looks like?" I asked her.

"Last week you were watching TV and I had to come downstairs and get something and a cute blond boy was singing that song before you hit pause. It was like a music video."

How does she even know what a music video is? MTV hasn't played music videos since I was her age.

I had to think for a minute and then I remembered. "That wasn't a music video, hon. That was Glee."

So I love learning about my kid. I'm so very glad she isn't pining for the bad boy type. She likes blonds though. 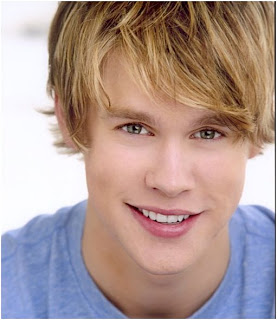 Lucky for her, about half of the boys in her class look like mini Chord Overstreets. Living in a city with the word beach right in the name means there are lots of surfer-types around.

Yesterday she asked me, "Can you believe that none of my friends know who John Williams is?"